Recently I opened my TikTok app on my iPad and it was sideways. I thought it was rather peculiar because I hadn’t made any changes to my settings, at least not to my knowledge.

On my phone, it wasn’t like that, so I was left scratching my head. I tried to rotate my tablet and even made sure the auto-rotate option was turned on but to no avail. It was then that I decided to troubleshoot the issue.

Come to find out, it isn’t an issue at all! TikTok has made it so that the app is automatically in landscape mode on iPads, even if you’re holding your tablet vertically. The setting can’t be changed since it’s now defaulted within the app itself. Fortunately, the change has not taken effect on Android tablets yet.

If you want to know more about why your TikTok is sideways on your iPad, I have all of the information you’re looking for and possible fixes, if any.

Why Is My TikTok Sideways On My iPad Or Android Tablet?

If you’re seeing a sideways TikTok screen on your recently updated iPad, it’s because TikTok released an update. This update makes it so that TikTok is automatically displayed in landscape mode on iPads and you can’t change it. Even if you’re holding your iPad in portrait mode with auto-rotation on, TikTok is still going to appear in landscape mode. TikTok has not explained why it did this, but many users don’t like it.

Many users find it difficult to use TikTok in landscape mode because they’re more accustomed to using it in portrait mode.

On the other hand, it’s not possible to see TikTok in landscape mode (sideways) on an Android tablet, yet. TikTok is still in portrait mode on all Android tablets for now. I tested this theory on my own Android tablet that I have and it does indeed stay in portrait mode even with auto-rotation turned on. If you’re seeing TikTok sideways on your Android device, it’s probably a glitch. You should exit TikTok and restart it to see if it goes away.

Why Is My TikTok Horizontal On My Mobile Phone?

Since you can only view TikTok in portrait mode on your phone, it’s most likely horizontal due to a technical glitch. This is a very rare thing to happen, but it can from time to time and it’s extremely frustrating. Since it certainly disrupts your TikToking experience, I’m sure you’ll want to get it solved as quickly as possible.

The first thing you can do is to try to force close the app. It works almost 100% of the time. Here’s how to do it:

If nothing seems to fix the issue, you may need to reach out to TikTok support. It could possibly be a glitch on their end or they’re updating the system so that you can finally view videos in landscape mode on different mobile devices, although I don’t think this is the case.

Can You Use Landscape Mode On TikTok On Your Phone?

The reason for this is that even though cell phones seem to be getting bigger and bigger, there’s simply not enough screen space to display both video and user interface elements such as the navigation bar or any buttons overlaid on the videos. The videos would appear way too small to even see anything.

In addition to this, the buttons would be far too small to tap on with 100% accuracy or too close together. This may cause your fingers to hit multiple buttons or the wrong one by mistake. So simply put, it just won’t work.

You can create TikTok videos in landscape mode and upload them to the app, but you cannot view them in landscape mode unless you are using an iPad. Since we know that TikTok doesn’t support landscape mode on anything other than an iPad, it’ll be easier to decide how you want to upload your videos.

When videos filmed in landscape mode appear on a viewer’s device or played on a For You page, TikTok blocks out the rest of the screen with blackness, similar to what you would see on a widescreen movie. The same aspect ratio is preserved without the video being stretched or distorted.

The same can be applied to duet videos. It won’t film the entire screen, rather, they will appear as two vertical videos side-by-side. So if you’re trying to film footage in landscape mode or using a traditional camera, you don’t need to crop it to upload it. TikTok will support 16:9 footage without edits needing to be made.

Can You Turn It Back?

Many users are aggravated by the change in viewing mode on iPads, so nobody really knows how long it’s going to last or if TikTok is going to give users the option to turn their videos into landscape or portrait mode of their own free will.

Twitter has blown up with mostly negative comments regarding the change in viewing mode for iPads. Some users were happy with the change while others seemed to be infuriated and confused.

One user was asking TikTok for help thinking it was a simple bug while others were simply begging for the option to switch between landscape and portrait modes freely. Here are some user reactions:

I think TikTok thought users would welcome landscape mode on their iPads with open arms, but they were sadly mistaken. It’s essentially the same viewing size but with black lines filling up the empty space next to the video.

I just don’t like that I can’t flip it back into portrait mode. I’m sure it’s comforting to know that it’s not a bug within your iPad. Instead, it’s just an annoying update that not everybody is happy with.

I hope that I was able to help you understand why you’re seeing TikTok sideways on your iPad. Fortunately, that won’t happen with any other device for now. They may change it in the future, but we’re all hoping that they will allow us to switch between the two modes freely. 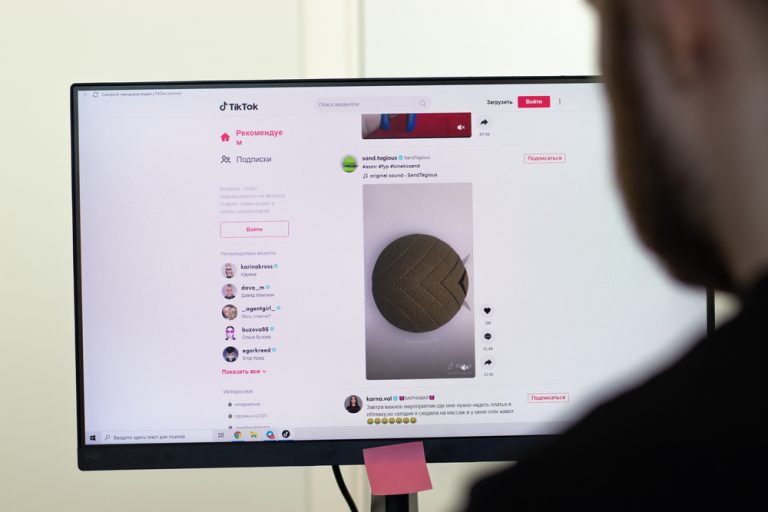 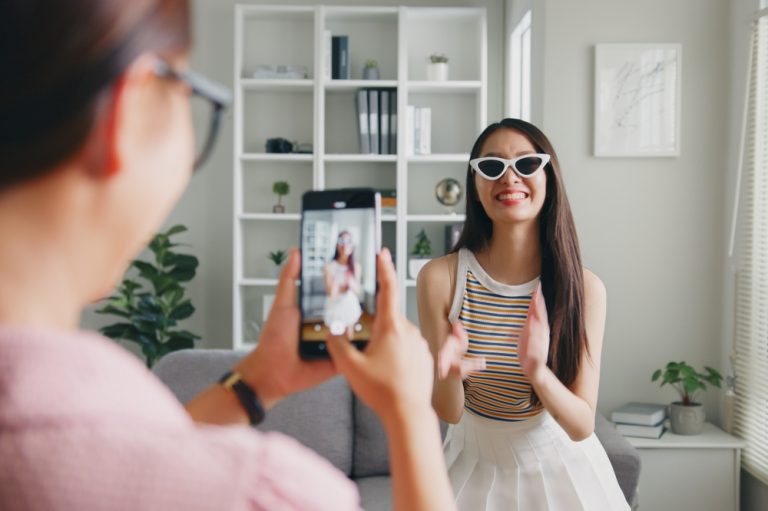