Social media is a part of almost everyone’s lives nowadays. One of the most popular apps out there is TikTok. This app is without a doubt hugely entertaining, and it even has over 3 billion downloads.

However, there is the occasion where TikTok accounts can get banned – either with good reason or by accident. If your TikTok account was incorrectly banned, you probably want to find a way to get it back!

TikTok accounts can get banned if they violate TikTok’s community guidelines. These violations can range from minor offenses to serious accusations. Another common reason for a banned TikTok account could be if it is owned by someone underage. However, it is still possible to appeal a permanent ban on your TikTok account!

Let’s take a deeper look at why your TikTok account may be banned and, most importantly, how to get it back.

Why Am I Permanently Banned From TikTok?

There are many reasons why your account might have been banned from TikTok. 99% of the time, it’s because you were found to violate TikTok’s community guidelines. This could be true or it could be a mistake.

Some possible violations are severe accusations and could sometimes lead to legal ramifications. Other times, they’re mild or walking a thin line.

But of course, there are also times when your account was banned accidentally!

Let’s look at some common reasons for account bans.

Usually, account bans happen if the user was found to be in violation of TikTok’s community guidelines. Here are 11 reasons why you might be violating their terms of service.

TikTok even stated that in 2021, more than 60% of the accounts on the app were suspended due to illegal activities.

Since what is considered an illegal activity can undoubtedly vary, check the terms of service for your country to avoid violating TikTok’s community guidelines.  Any sort of dangerous act or challenge is also explicitly against TikTok’s policies.

TikTok wants to make its app a welcoming and open place for all users. So, if you were threatening other people on TikTok, it could be why your account was banned.

Users can report others for this violation, or TikTok can just catch you red-handed in the act. Even if you thought it was done as a joke, it could still be considered a serious offense.

In a possible worst-case scenario, it can even lead to legal action if whatever threat is severe enough.

An easy solution to this is not to share any sort of violent content on TikTok. Even photos or videos with guns, ammo, or armor can be considered “violent” content and are prohibited.

Most specifically, TikTok lists “Violent Extremism” as a violation of its community guidelines.

Blackmailing is another action that is strictly prohibited on TikTok. Permanent bans can be handed out if it’s determined that there is any present threat of blackmailing.

It’s undeniable that the internet is where many people take advantage of anonymity to bully others. If you are harassing other users, you can quickly get banned. Another way to get banned is by showing or promoting self-harm activities.

Anything even remotely resembling cyberbullying is against TikTok’s terms of service. Abusive behavior, sexual harassment, threats of hacking or doxxing, or hateful behavior falls under this category of bullying and harassment. Report anything like this immediately to TikTok.

Something else that should be reported 24/7 to TikTok is anything showing signs of suicide, self-harm, or disordered eating. Any content showing, promoting, normalizing, or glorifying any of these activities is forbidden on TikTok’s app.

If you or anyone you know is struggling with suicidal or self-harm thoughts, immediately contact the Suicide Prevention Hotline at 1-800-273-8255 or local emergency services.

6. Spamming Or Misleading The Community

People who buy fake likes, fake comments, or fake views to boost their social media page violate TikTok’s terms of service. Many people can also achieve this through spam.

Any content you may post that may undermine the platform’s integrity and authenticity can get your account banned. Lying about how many followers you have is part of this!

It should go without saying – nudity or sexual content cannot be shared on TikTok.

You don’t have to be in the video or post. But anything that depicts sexual exploitation, nudity, or sexual activity is a direct violation of TikTok’s community guidelines. The guidelines that are laid out on TikTok span many various topics. Make sure you’re not posting anything that can land you in any trouble!

TikTok has one particularly black-and-white rule – you must be at least 13 years old to sign up and be on the platform. It’s also pretty easy for TikTok to figure out if you’re lying about your age. So just stick to the rules!

There are many different reasons for this, including the fact that the app can show content that is not appropriate for users under 13 years old. However, if you are over 13 and your account was incorrectly banned,  keep reading to find out how to get your account back.

Though it is a broad guideline, exhibiting hateful behavior is against TikTok’s terms of service. Even hateful opinions or ideologies can’t be shared on the app.

You can’t share content that is made to degrade or bring down other people or groups of people.

10. Threatening The Safety Of A Minor

Though TikTok is for users over 13, many are still under 18. Therefore, a large audience on TikTok is still minors.

One of the newest guidelines to be added to TikTok’s terms of service is “Minor Safety.” Any content that can perpetuate the endangerment or harm of a minor is strictly against TikTok’s code.

TikTok is a huge platform, and they’ve faced threats of data manipulation and hacking in the past. So naturally, they want to protect their company by prohibiting anything like this from entering their own social media app.

If you are suspected of anything that could threaten the platform’s security, your IP will get blocked. If this happens, you won’t even be able to make a new account. TikTok could even potentially file a lawsuit against you!

Can You Recover A Permanently Banned Account From TikTok?

There are many serious reasons why your TikTok account could get banned. But you can still try to get your account back if it was banned due to a less severe violation or if it was just a mistake.

So, yes! You can recover a banned TikTok account. Keep reading to find out how!

How To Get A Permanently Banned TikTok Account Back

If your TikTok account has been banned, it’s time to figure out how to get it back. The most straightforward way for this is to contact customer support for TikTok!

Unfortunately, it’s somewhat common for TikTok accounts to get deleted under false pretenses or by mistake. You can reach out to TikTok’s customer support here or from an email that you may have gotten from them informing you of your ban.

Let them know what’s going on, and see what can be done!

Provide Proof Of Your Age

TikTok is a viral app, especially for teens. However, you must be at least 13 years old to have an account.

It’s possible that your account was banned because it was assumed to be owned by someone under 13 (like if you set up your account with the incorrect age). In this case, you must share proof of your Government ID with customer support at TikTok to verify your age.

How To Appeal A TikTok Ban

If you believe that your TikTok account was banned under a misunderstanding, you have the chance to appeal this! Maybe you were accused of “violating community guidelines,” but you disagree with this accusation.

All you need to do is email an appeal to TikTok. You can email them at legal@tiktok.com – other useful email addresses include creators@tiktok.com, info@tiktok.com, and privacy@tiktok.com.

Remember to be polite, respectful, and courteous when writing your email. Explain why your account was incorrectly banned. It’ll take some time to get your account back, so don’t expect it to be restored in a couple of hours or so!

How Long Is A Temporary TikTok Ban?

A permanent ban on TikTok is something that lasts, well, forever. But for a temporary TikTok ban, this can last any amount of time.

A temporary TikTok ban will last as long as it takes to resolve the issue. For certain topics, it will last anywhere from 24 – 48 hours, or even up to 1 week. So get in contact with TikTok support quickly to take care of it!

What Are Banned TikTok Videos?

Any content that violates TikTok’s community guidelines can potentially (and probably will) be banned.

Banned TikTok videos can include any sort of content that isn’t allowed on the site, such as;

So, When It Comes To A Banned TikTok Account…

It’s not impossible to get your TikTok account back if it has been banned!

It’s wise to avoid giving the platform any reason to ban your account, but sometimes mistakes will inevitably happen. On the other hand, if you stick to the rules, everything will turn out alright!

Staying knowledgeable about how to get a TikTok account back after it has been banned is the first way to do so.

Sooner or later, you’ll be back to scrolling your FYP in no time! 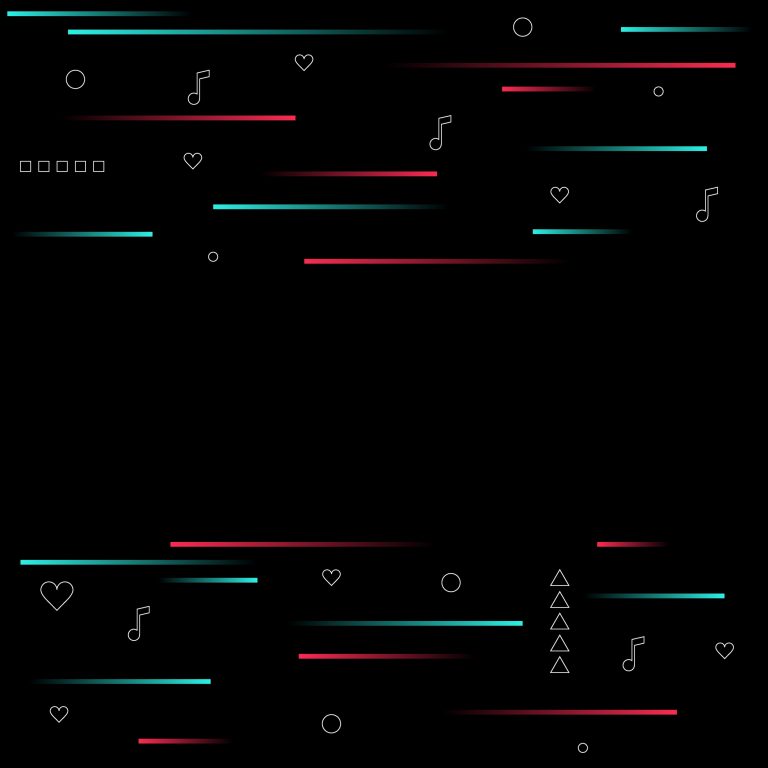 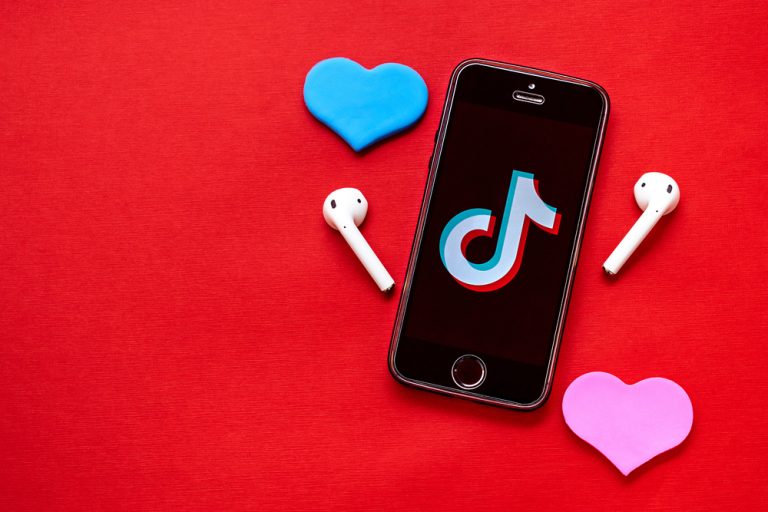 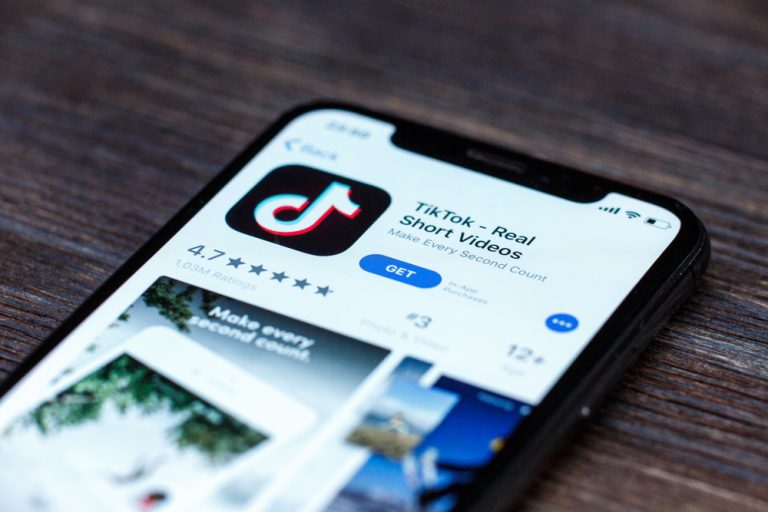